The purpose of the center, or NCMBC, is to identify military and federal contract opportunities, source them to businesses in the region and state and help them compete for, win and grow jobs through federal contracts.

The center, housed in the Big Rock Career Center at CCC in Morehead City, is one of 15 located at community college campuses across the state, with the main branch headquartered at Fayetteville Technical Community College.

He reported 40,000 people have moved into the state’s third congressional district, which he represents, over the past year.

“Many of those people will need jobs and getting federal contracts can boost those efforts,” he said. “I believe the community college system is the network for small businesses to connect to those contracts.”

CCC President Dr. Tracy Mancini said she was “so pleased and proud to house this opportunity on our campus.”

She said since the first center opened in 2005, the NCMBC has assisted state-based businesses in winning more than 3,800 contracts valued at more than $15 billion.

“That has generated more than $500 million in tax revenues for the state of North Carolina,” she said.

Scott Dorney, executive director of the NCMBC for the state, said with North Carolina ranked third in the nation for military personnel, there are billions of dollars in contracts available to businesses.

“Our state has great business capacity and there is great demand,” he continued. “What was missing was someone to bring those two together. The NCMBC is a great opportunity to bring demand and capacity together.”

He encouraged small businesses to not shy away from bidding on military contracts because the center can help them with the complex process.

“There is not a lack of contract opportunities, but too many businesses have self-selected ‘no’ because they don’t understand the Department of Defense process,” he said.

Randy Chandler, who now serves as the business development professional for the county’s new NCMBC, said his job is to monitor federal contract websites, notify businesses of available contracts and provide one-on-one assistance to help companies bid on and win contracts.

“My goal is to provide help to all of you to bid and hopefully win those military contracts,” he said.

County Chamber of Commerce President Tom Kies said he was excited to see the NCMBC open.

“This is incredibly important to have a local business center to help contractors successfully bid for contracts at places such as (Marine Corps Air Station Cherry Point) and (Marine Corps Base) Camp Lejeune,” he said.

“It’s highly important to have an expert resource here in our county to assist businesses in bidding for government contracts,” he said. “It’s a tremendous asset for our community.”

Cape Lookout National Seashore Superintendent Jeff West, too, said the NCMBC would have a positive impact on local businesses.

“The center is going to be able to help local contractors go through the process to get a federal contract,” he said. “There are three major federal agencies in our county on top of military bases that have opportunities for local contractors. There is Cape Lookout National Seashore, NOAA (National Oceanic and Atmospheric Administration) and the Croatan National Forest. There are opportunities that aren’t realized because (local contractors) don’t know how to fill out the paperwork because it’s so daunting.” 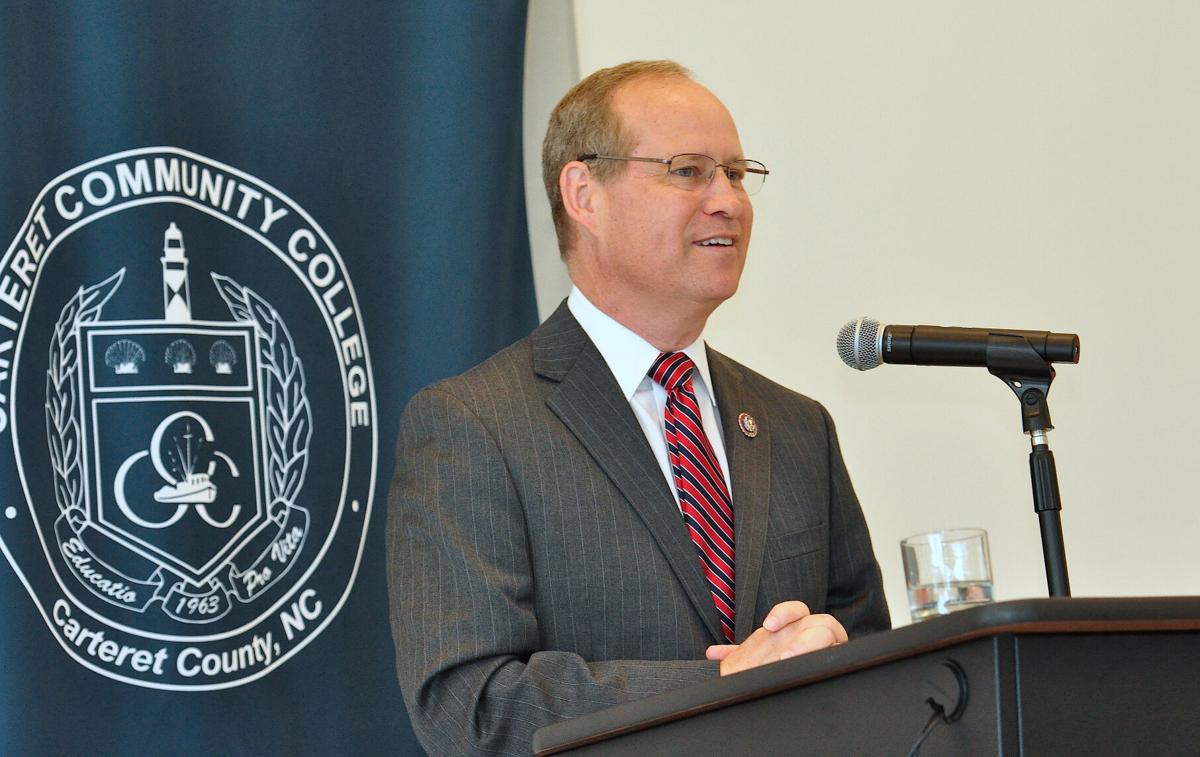 Eastern Carolina Workforce Development Board (ECWDB) announces a new career development pathway, Grow with Google, for career seekers who are interested in a technology field occupation.